The crisp, buttery shortbread is one of my favorite cookies. Even better, you only need three ingredients to make it! Although I enjoy the original butter, sugar, and flour pastry, I also like its variations. Shortbread can be made into many flavors. Add cocoa powder for a chocolate biscuit, lemon extract for a lemon biscuit, matcha for a green tea biscuit, the list goes on and on. If you have three ingredients and are short on time, give this recipe a try! 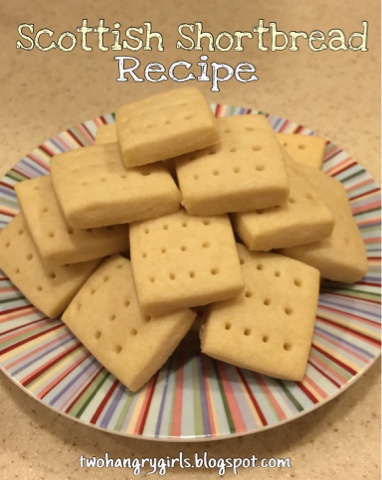 The history of shortbread goes back to at least the 12th century, and originally started as a "biscuit bread", or biscuits made from left over bread dough. The word "biscuit" meant "twice cooked". This practice took place in parts of the British Isles and Scotland, causing some debate as to which country this pastry comes from. Over time, the leavening was exchanged for butter, making it an expensive treat that was only bought for celebrations such as Christmas or Hosmanay (Scottish New Year). Although shortbread was prepared during much of the 12th century, the refinement of shortbread is credited to Mary, Queen of Scots in the 16th century. This fancy shortbread was cut into triangular wedges, and flavored with caraway seeds. 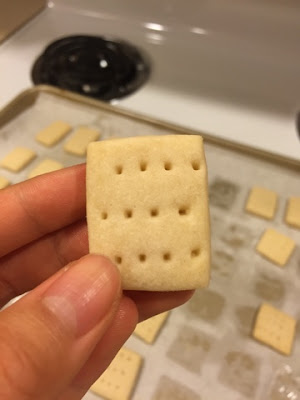 Today, shortbread is made from flour, butter, sugar, although other flavorings can be added. In the 18th century, caraway, almond, and citrus fruits were extra ingredients often added to the batter. The first printed shortbread recipe was by Mrs. McLintock in 1736. Here's an interesting recipe from a baker in the 18th century:


Take a peck of flour…beat and sift a pound of sugar; take orange-peel, citron, and blanched almonds, of each half a pound, cut in pretty long thin pieces: mix these well in the flour; then make a hole in the middle of the flour, put in three table-spoons of good yeast; then work it up, but not too much…roll out; prickle them on top, pinch them neat round the edges, and strew sugar, carraways, peel, and citron, on the top. Fire it…in a moderate oven. 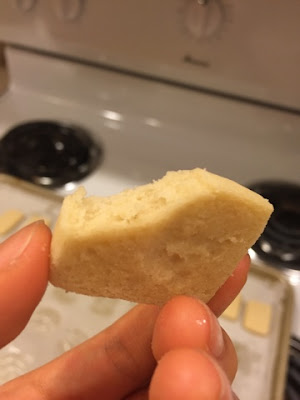 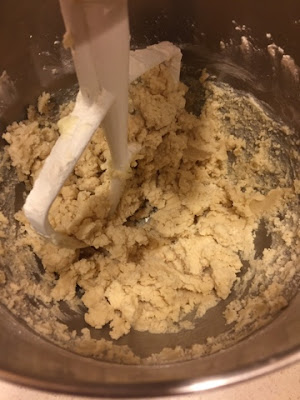 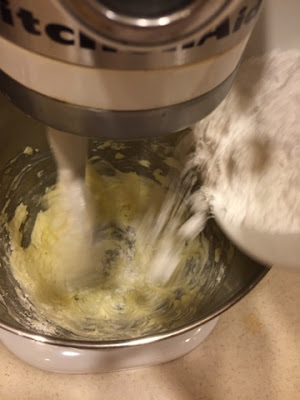 Beat together butter, sugar, and flour in a kitchen mixer on the lowest speed. If necessary, scrape sides of bowl to mix well. The end mixture should be slightly crumbly. 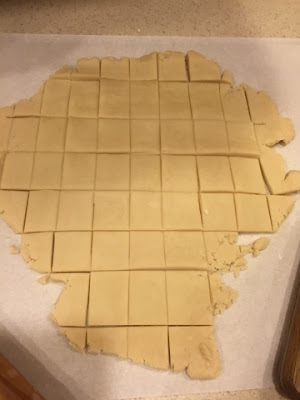 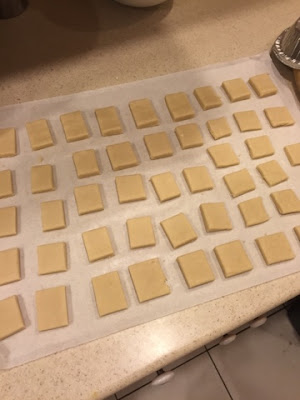 Roll out the dough on a piece of parchment paper, and cut into desired shape. I kept it simple with the traditional rectangle shape. 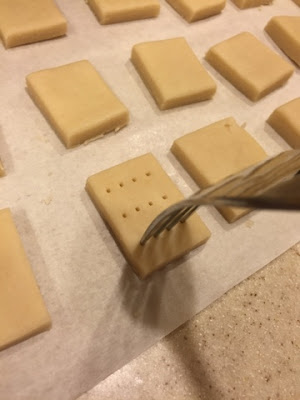 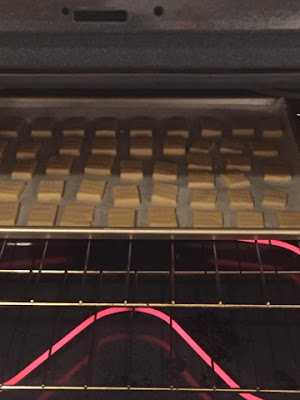 Prick each cookie with a fork to ensure even baking. Place onto a cookie tray and bake for 20-23 minutes. 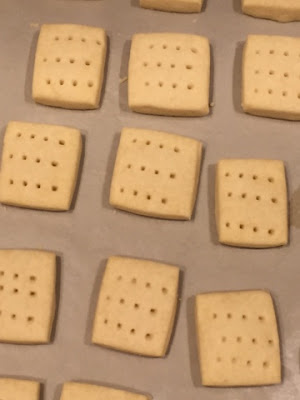 Method:
Notes:
- If desired, you may add a tablespoon of cocao powder to make chocolate buscuits.
- If you don't have confectioners sugar, pulse white sugar in a food processor for about 30 seconds to make some.

Recipe based on Jo's recipe which can be viewed here.